Women in the Workplace

Resources for Women at Work

Three out of four women work in the private sector. Despite decades of progress to remove structural barriers and implement policies to support women in the workplace, women still are dropping out of the workforce, hitting the glass ceiling, and being paid less than men for doing the same job. The Department teamed up with Calvert Investments and Verite to create the Gender Equality Principles (GEP) Initiative. The GEP provides private sector organizations practical standards to which companies can aspire, a self-assessment tool to measure and assess their progress on fundamental issues of gender equality, and demonstrated model practices from companies in the Bay Area. 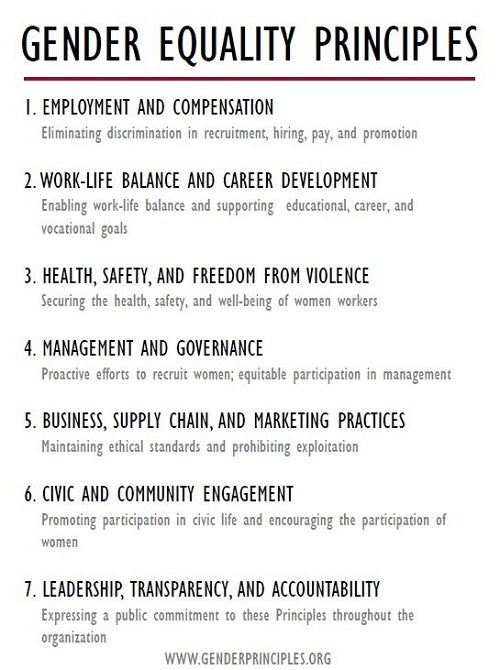 The GEP Initiative invites you to join leaders from business, government, and academia as we showcase employers that are innovating for equity at the Gender Equity Challenge Forum from 8:30 am - 3 pm on Wednesday, April 18, 2018, at the Schwab Event Center in San Francisco. The annual Challenge Forum is the ideal opportunity for senior executives, human resources managers, and diversity and inclusion professionals to learn best practices and exchange resources to advance women in the workplace. Register now at GenderEquityForum2018.Eventbrite.com to reserve your spot.

Watch our videos on YouTube.com/GEPInitiative

Workplace arrangements that offer flexibility and predictability in where, when, how, and what work is performed by employees hold the potential to benefit workers at all levels, especially those with caregiving duties. Numerous research studies have indicated that family friendly workplaces are smart investments because they work in the best interest of the employees as well as the employers.

NPR: If You Want Flextime But Are Afraid to Ask, Consider Moving

Healthy Mothers Workplace Coalition: A collaboration of non-profit organizations, government agencies, and employers, created to improve the working conditions and health of new parents, that offers resources, information, and model policies through a toolkit. The Coalition and community partners have also developed the Healthy Mothers Workplace Award for Excellence in Maternal Health and Equity to recognize San Francisco employers with policies that support the wellbeing of their workers. Employers complete a self-assessment of their policies related to parental leave, lactation accommodation, and work-family balance and are honored at an annual ceremony.

Women are consistently paid less than men in nearly every occupation. The persistent disparity in pay between men and women is known as the gender wage gap. The consequences of pay inequality has damaging effects on women, families, and communities.

Visit our Equal Pay Resources page to find out more and learn how you can help close the pay gap.

On July 11, 2017, the San Francisco Board of Supervisors passed the Parity in Pay Ordinance, sponsored by then-Supervisor Mark Farrell and signed by Mayor Edwin M. Lee. The Ordinance 1) prohibits employers, including City contractors and subcontractors, from asking applicants about their current or past salary, 2) bans employers from considering an applicant’s current or past salary in determining whether to hire an applicant or what salary to offer (unless the applicant voluntarily discloses his or her current or past salary), and 3) prohibits employers from disclosing a current or former employee’s salary without that employee’s authorization. The Ordinance becomes operative on July 1, 2018. The Office of Labor Standards Enforcement is authorized to implement and enforce this law, and the City is authorized to bring a civil action against an employer for violations.

Before the Parity in Pay Ordinance, employers were allowed to offer a salary based on the applicant’s previous salary, perpetuating any prior pay inequities or gender wage discrimination. By giving employees the right to the privacy of their own salaries, this timely initiative allows them to earn a wage based on their qualifications and the job in question so that they and their families can thrive.

On December 9, 2014, the San Francisco Board of Supervisors passed the Equal Pay Ordinance, sponsored by Supervisor David Campos. Signed by Mayor Edwin M. Lee, the Ordinance 1) created a new mandate in City contracting to require contractors doing business on large projects with the City to submit an annual Equal Pay Report and 2) established a seven-member Equal Pay Advisory Board to analyze and recommend the best methods of data collection that will identify wage gaps between men and women of the same and different races and among members of different races. The Equal Pay Advisory Board is comprised of three members appointed by the Board of Supervisors, two members appointed by the Mayor, and two members appointed by the Commission on the Status of Women. The Human Rights Commission administers the Equal Pay Ordinance.

With this milestone legislation, San Francisco’s voice enters the national dialogue on pay equality and wage discrimination, hailing support from advocates of women’s and workers’ rights. By promoting wage transparency and awareness, this timely initiative will help prevent workers from being unfairly shortchanged so that they and their families can thrive.

Report of the San Francisco Equal Pay Advisory Board

Resources for Women at Work

Domestic Violence in the Workplace

Visit our Domestic Violence in the Workplace page to learn more.

Harassment remains a persistent problem in the American workplace, and victims of harassment suffer profound economic and emotional harm as a result of harassment. It is unlawful to harass a person (an applicant or employee) because of that person’s sex. Harassment can include harassment of a sexual nature or offensive remarks about a person’s sex. For example, it is illegal to harass a woman by making offensive comments about women in general. The harasser can be the victim's supervisor, a supervisor in another area, a co-worker, or someone who is not an employee of the employer, such as a client or customer.

Visit the following pages to learn to create a workplace free of sexual harassment and find resources for employees and employers.

Recruitment of Women in Non-Traditional Fields

Despite laws that prohibit discrimination and harassment, women are still underrepresented in traditionally male dominated occupations. The Department offers these recruitment strategies and resources, compiled from a list of organizations whose focus is on increasing the number of women in non-traditional occupational areas.

Resources for Older Women in the Workplace Brochure 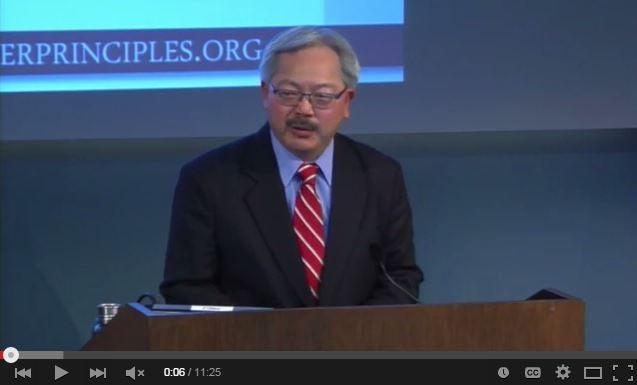 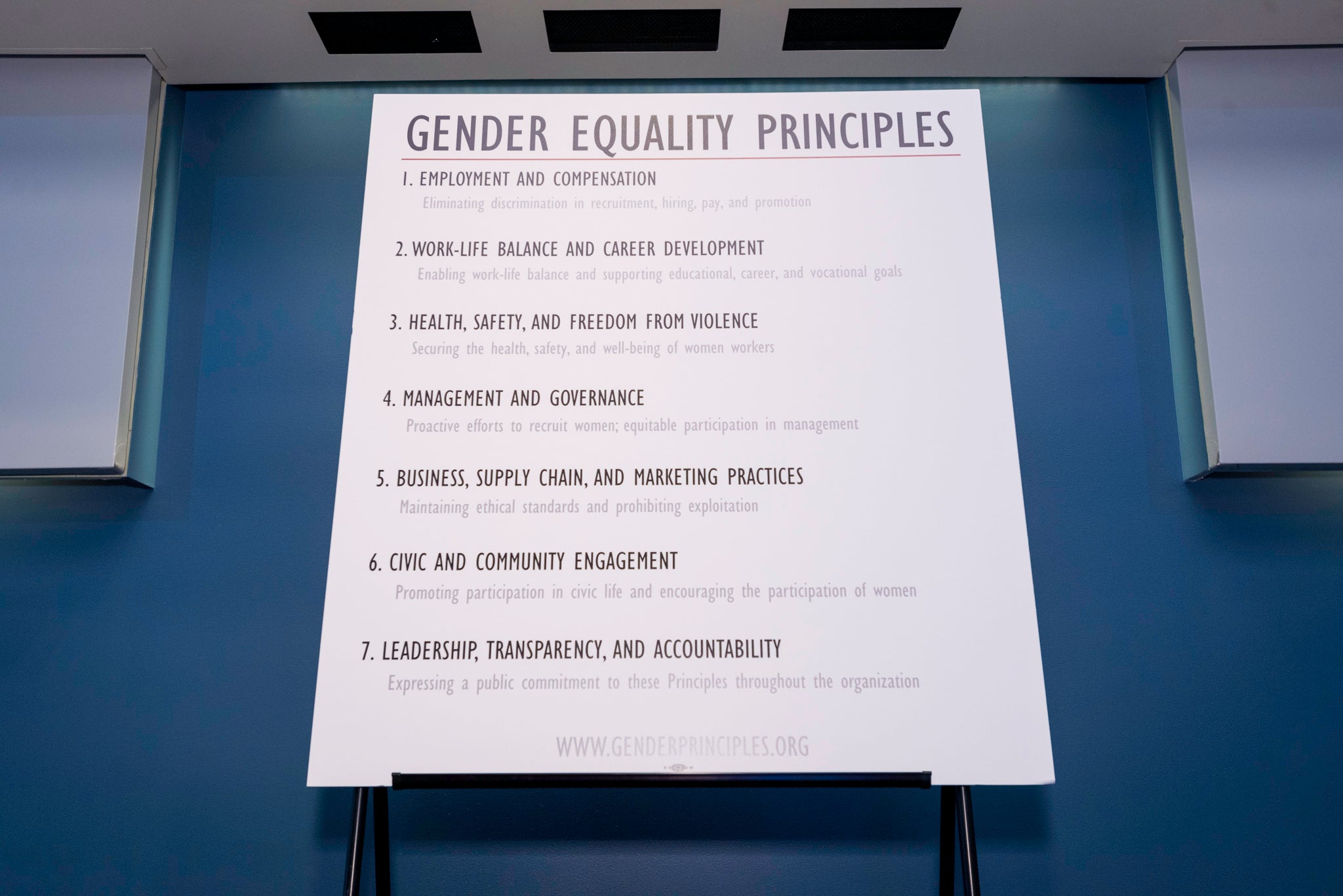 GEP Challenge in the News

City, private companies team to discuss women leaders in the workplace-- or the lack of them - San Francisco Chronicle (January 2014).

On June 23, 2014, the White House Council on Women and Girls, the Department of Labor, and the Center for American Progress hosted a Summit on Working Families to discuss 21st century workplace that works for all Americans.

In their new book, Unfinished Business, Eileen Appelbaum and Ruth Milkman document the history and impact of California's paid family leave program, the first of its kind in the United States, which began in 2004.

On February 12, 2014, Ms. Milkman engaged with San Francisco audience on the topic. Her talk emphasized the benefits of the program, obstacles to workers taking it and next steps in making sure workers and communities benefit from this great law.

Attendees also heard from Bay Area community leaders who are working locally and statewide to expand awareness and our rights to take paid family leave.