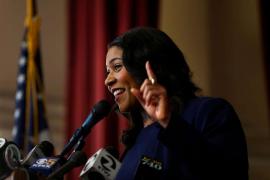 As she prepares to take over as San Francisco’s mayor Wednesday, London Breed says she is thinking far beyond the partial term she was elected to: In addition to clearing the streets of tent camps and hiring more police officers, she said her first actions in office will lay the foundation for the city’s future.