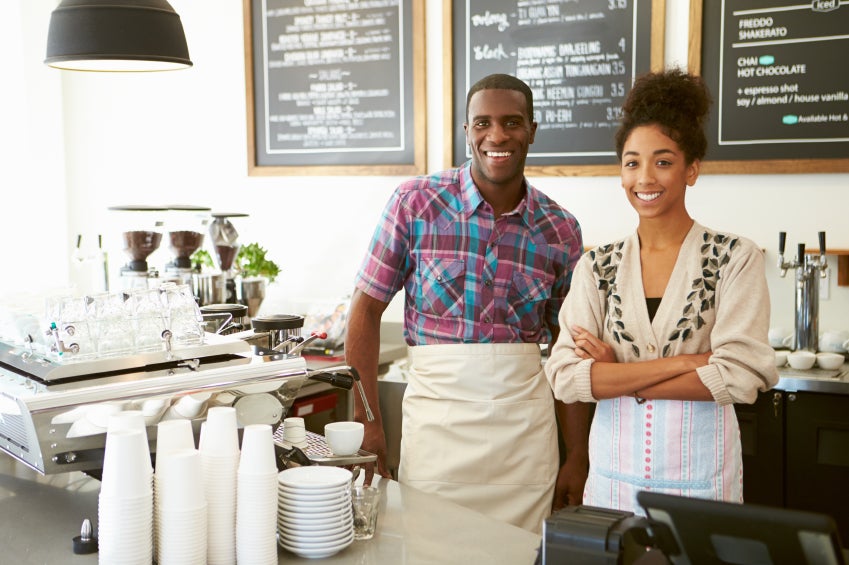 There were significant household income disparities across ethnicities

Though 45% of all surveyed families earned 500% FPL or higher, White respondents reported higher family income than respondents of other ethnicities.

One quarter of Black respondents (25%) reported a family income at or below the Federal Poverty Level, as did 13% of Latino and 11% Asian or Pacific Islanders. Zero percent of White respondents were in this group.[3] 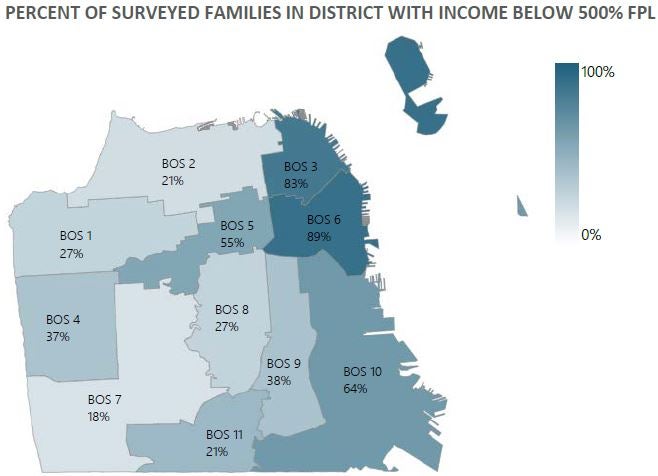 A majority of respondents had full-time employment

Of those employed part-time, 5% were looking for more work. Though full-time employment was high among those surveyed, nearly half of the fully employed group (47%) had a household income below 500% FPL.[5] 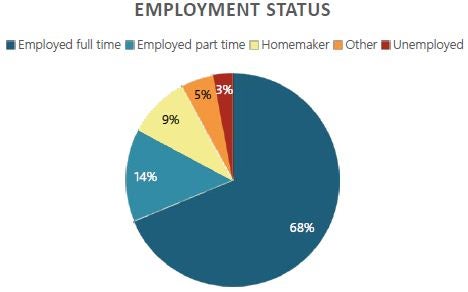 Latino (71%) and White (72%) respondents both had higher rates of full-time employment than the citywide average, while Asian or Pacific Islander (61%) and Black (53%) respondents had lower rates.

[1] It is important to remember that while income relative to the Federal Poverty Level is widely used as a qualifying metric for assistance programs, as a national measure it is not an accurate reflection of sufficiency in expensive regions such as San Francisco.

[2] Family income in San Francisco is slightly higher than California overall: according to census data, the State Median Income for a family of four is $88,343. MEDIAN INCOME IN THE PAST 12 MONTHS (IN 2017 INFLATION-ADJUSTED DOLLARS) 2013-2017 American Community Survey 5-Year Estimates – California

[3] Respondents that declined to provide household income information are not included in this analysis, including a large portion (22%) of Latino respondents. This may mean income levels for this group are significantly different than reported here.

[4] Margins of error range from 6.1% to 13.0% for district-level data. However, the income differences seen in districts 3, 6, and 10 are large enough to be statistically significant.