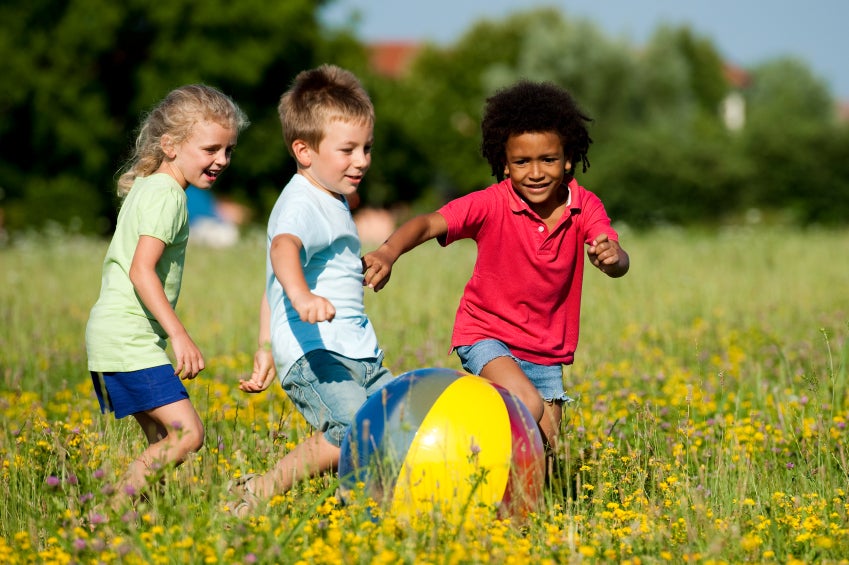 Four in five respondents felt connected to their community

A similar number said that they had nearby friends or family they could count on for assistance. This percentage was consistent across demographic groups. However, respondents in smaller households were slightly less connected to their community or friends and family.

Respondents with household incomes above 500% FPL were more likely to visit parks or playgrounds more than once per week (51%) than those who earned below that level (36%). 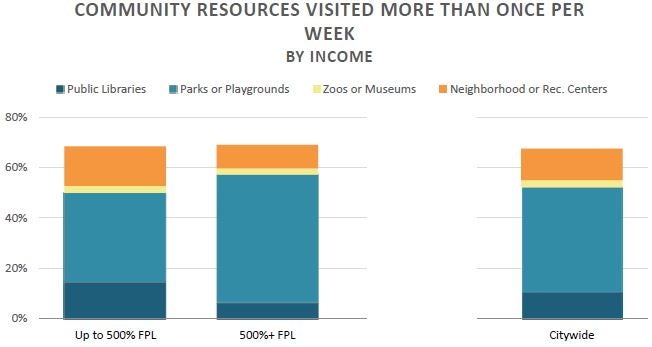 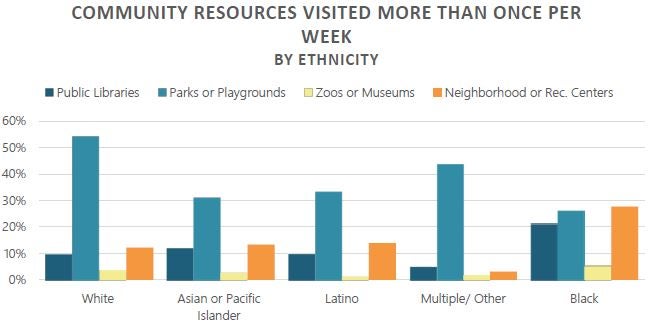 Respondents in districts 1, 4, and 7 were most likely to feel their neighborhood is a safe place for their family 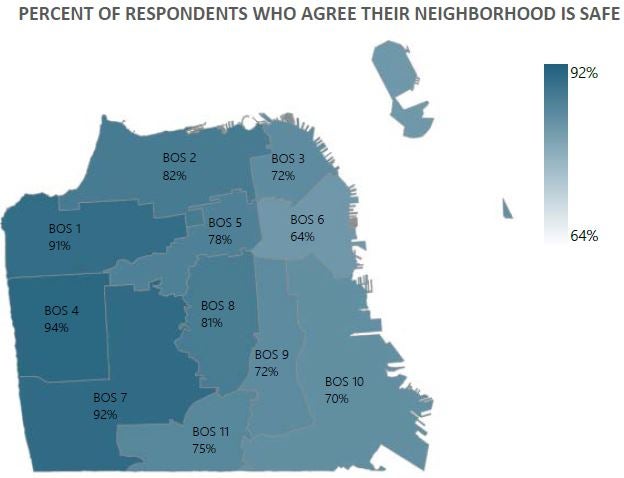