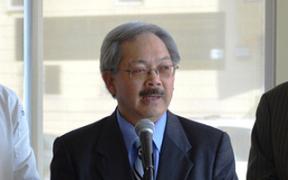 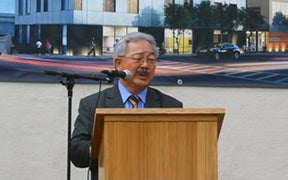 “Any traffic death or injury is not acceptable, they are preventable,” said Mayor Lee. “This is a real public health issue. We are working quickly to build safer, better streets, educate the public about traffic safety and increase enforcement to make our streets safe for everyone – whether they are walking, biking, driving or taking transit.” 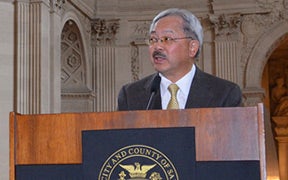 Mayor Edwin M. Lee today announced the opening of the second Navigation Center located at the Civic Center Hotel at 20 12th Street. The Navigation Center is part of Mayor Lee’s pioneering approach to help homeless people move off the streets and into stable housing or residential programs where they have access to the services they need to stabilize their lives.

“Living on our City’s streets is not healthy or safe,” said Mayor Lee. “Although we have housed and provided services for thousands of people already, we still have work to do. The Navigation Centers are an important piece in solving homelessness for those individuals who face multiple challenges to returning to housing.” 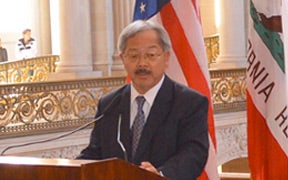 Mayor Edwin M. Lee today announced two bold steps in the City’s quest to get to zero new infections in the battle against HIV/AIDS: creation of the new HIV Community Planning Council and launch of a new campaign to increase the use of PrEP to prevent HIV.

San Francisco is aiming to become the first city with zero new HIV infections, zero deaths from HIV and zero stigma. New infections continue to decline, with record-lows set for the past two years. In 2015, there were 255 new cases, down from the 309 reported in 2014. That is a significant drop from 2,332 at the peak of the AIDS crisis in 1992.

“We are on the right track to get to zero,” said Mayor Lee. “We are continuing to see a decline in new HIV infections here in San Francisco, and we are redoubling our planning and prevention efforts to drive that trend all the way to zero.” 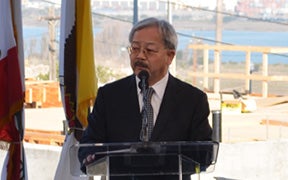 Sound Commons is a sound-based installation composed of interactive musical elements designed to encourage social interaction and play, also serves as a symbol to unite the Civic Center District. This LIZ project is part of an initiative designed to activate and restore Civic Center as a destination for all.

“The revitalization of Central Market has been remarkable, and we will continue to build on this momentum,” said Mayor Lee. “We will leverage the Sound Commons along with investments from the new Fix-It Teams to continue to create a destination that increases social interaction, improves public spaces and enhances the quality of life for everyone to enjoy.”