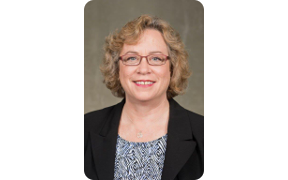 San Francisco – Jan. 14, 2018 – The Board of the San Francisco Health Service System (SFHSS) today announced that long-time public health care executive Abbie Yant has been appointed Executive Director. The national search drew 53 applicants, and the due diligence and detailed and independent process spanned a number of months.

Yant, who has more than 30 years of health care and leadership experience in San Francisco, will oversee the operations of SFHSS, which provides more than $800 million annually in health care benefits to over 115,000 employees, retirees, and their dependents.

“Abbie Yant is an exceptionally qualified executive who understands the vital importance that SFHSS plays in the well-being of our members,” said Randy Scott, President of the San Francisco Health Service System’s Board of Directors. “As the primary SFHSS executive leader working in support of the Board and the entire membership, Abbie’s expertise and experience in San Francisco will serve us well as we meet future challenges in an ever changing health care benefits environment.” 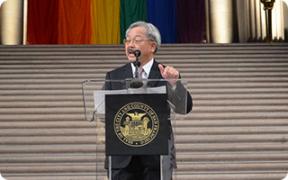 Mayor Edwin M. Lee today announced the appointment of Clair Farley as the Mayor’s Senior Advisor on Transgender Initiatives to work directly with the Mayor and City Administrator Naomi Kelly on LGBTQ policies and oversee development of new transgender initiatives.

San Francisco is the first city in the nation to have a position dedicated to advancing the rights, leadership, and policies of the transgender and gender non-conforming community. “Clair Farley has been an inspirational leader in our City on LGBTQ economic and social rights issues,” said Mayor Lee. “In her new role she will carry on the important work that Theresa Sparks set in motion and will assure that San Francisco continues to pioneer policies and programming that inspire the rest of the country to follow suit. San Francisco has a long-standing commitment to advancing and protecting the rights of the transgender community and with Clair’s leadership we will continue our work to make San Francisco a safer, more diverse, and more equitable city.” 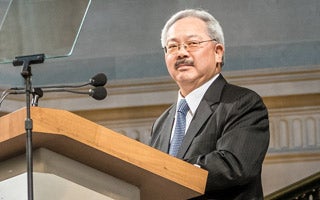 Mayor Edwin M. Lee today named Kate Hartley as the new Director of the Mayor’s Office of Housing and Community Development (MOHCD). Hartley had been serving in an Interim Director role since June, when former MOHCD Director Olson Lee announced his retirement.

“Kate has proven herself to be a tremendous leader who has earned the trust and respect of local residents and housing partners across the City,” said Mayor Lee. “She has dedicated her career to finding solutions to the affordable housing challenges facing this region. In San Francisco, we are committed to creating and rehabilitating thousands of homes, and we are thrilled to have Kate lead us through these busy times.” 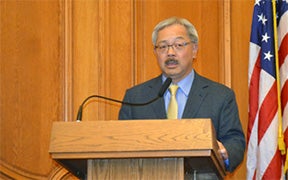 “To address the state and region’s ongoing housing crisis, we must be innovative and ambitious about creating housing opportunities, and Pier 70 is a result of that bold planning,” said Mayor Lee. “This project will provide affordable homes for our families, residents and local workforce, and support a diverse range of local businesses and artists. We are taking an underused and neglected part of our City and changing it into a vibrant community that everyone in San Francisco can enjoy.”

“We continue to send our most heartfelt thoughts and deepest sympathies to the families and residents affected by the fires in the North Bay and other communities in California. We are heartbroken at the loss of life and incredibly saddened by the devastation brought on by these events.

Firefighters and other first responders from San Francisco have been dispatched to areas in the North Bay to provide mutual aid. We are incredibly grateful for their courageous actions.