Do you need immigration legal help? Try our new tool to find the right lawyer.

For the most updated information on Immigrant Rights Commissioners, visit the SF 311 Centralized Commission and Board Database. Celine Kennelly (Chair)
A native of Moyvane, County Kerry in southwestern Ireland, Commissioner Kennelly is Executive Director of the San Francisco Irish Immigration Pastoral Center (IIPC), a non-profit, volunteer-managed organization assisting Irish immigrants in the San Francisco and the Bay Area. IIPC is part of the Coalition of Irish Immigration Centers (CIIC), a national umbrella organization representing Irish immigrant groups throughout the United States. IIPC provides advice, information, advocacy, referral and support, and assistance with housing, jobs, immigration, social services and family issues. Kennelly is a fierce advocate for undocumented immigrants and changing an immigration system that she says makes it nearly impossible for immigrants to work or live in the United States. Kennelly is the recipient of several awards and recognitions, including "Woman of the Year" for the 12th Assembly District, SF Commission on the Status of Women's "Women's History Month Award," the Irish Voice's "50 Most Influential Irish Women in the U.S." award; and the "Service Partner Award" for Catholic Charities. She is also an accomplished singer who is often invited to perform at Irish community celebrations. She holds a BMus Honors Music degree from the University of County Cork, Ireland, College of Arts, Celtic Studies and Social Sciences. Mario Paz is the Executive Director of the Good Samaritan Family Resource Center, founded as a settlement house for new immigrants in San Francisco. Good Samaritan delivers comprehensive educational, health and social services tailored to the needs of the Latino immigrant community. Paz has been a passionate nonprofit and public service leader and advocate for children, youth, families and immigrant communities for more than 25 years. He has worked as an organizer, counselor, director, consultant, policy advisor and foundation program officer. He has served on numerous boards of directors in San Francisco and the Bay Area serving the nonprofit and philanthropic sectors, and has received recognitions and awards from several communities and foundations for his work and advocacy for immigrants and communities of color, including Grantmakers for Children, Youth and Families, ABC7 News, and Stanford's Haas Center for Public Service Leadership Award. Commission Paz holds a master’s degree in public administration from Cal-State Hayward and a bachelor’s degree in Political Science from Golden Gate University. A civic-minded scholar and environmental expert, Commissioner Elahe Enssani brings a unique set of skills to the Immigrant Rights Commission. Currently a professor of Environmental and Civil Engineering at San Francisco State University, she previously founded Applied Technology and Sciences, a San Francisco-based environmental consulting firm, and worked with the City and County of San Francisco where she oversaw various environmental programs. Enssani holds a Ph.D, master’s in Civil Engineering and master’s in Chemical Engineering from UC Berkeley, as well as a bachelor’s in Chemical Engineering from Sharif (Araymehr) University of Technology, Tehran, Iran. She has been widely recognized for her achievements in academia and engineering, including “Top 100 Scientists in 2005,” by the International Biographic Center in Cambridge, England, and as an extraordinary engineer in the book Changing Our World: True Stories of Women Engineers by Sybil E. Hatch, P.E. (ASCE Press 2006). Although her academic training has been in Math and Engineering, Enssani has always been a writer, a poet, and a passionate political activist. She is currently Chair of Nowruz at City Hall (a celebration of Persian New Year in San Francisco), Co-Founder of the Iranian American Chamber of Commerce, a member of Encyclopedia Iranica, and Founder of CWESTE (Committee for Women’s Education in Science, Technology and Engineering) at SF State University. Haregu Gaime  Haregu Gaime, originally from Eritrea, was nurtured and raised in San Francisco and the Greater Bay Area. Educated by the excellent academic institutions found in the Bay Area, Gaime graduated with degrees in African American Studies and History from the University of California, Berkeley and earned her J.D. at the University of San Francisco School of Law. During her studies, she traveled to Eritrea and attended the University of Asmara while volunteering for a year and half. Furthering her global experience, in 2005 she spent time in South Africa conducting comparative research on the institutionalizing of laws and the effects it has on people. Her research compared the effects of Jim Crow laws in the U.S. to those of the apartheid in South Africa, and underscored the impact that laws can have in altering perceptions of right and wrong behaviors. In 2009, Gaime opened her own law practice, specializing in immigration law and asylum work and serving immigrants in the greater San Francisco Bay Area. She is a tireless and passionate advocate for civil and immigrant rights and works to bridge language and generational gaps in the community. 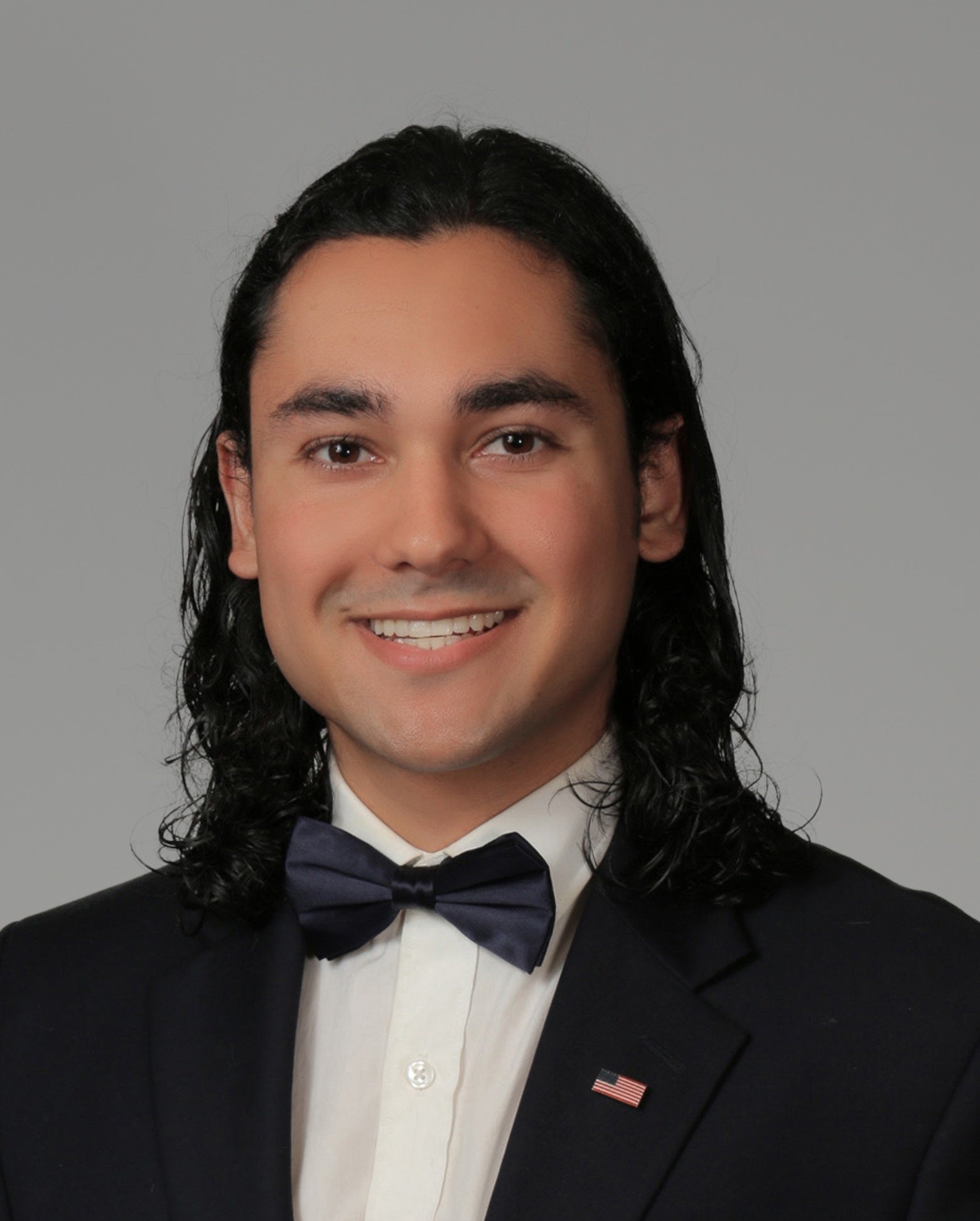 Ryan Khojasteh  Commissioner Khojasteh is currently a first year law student at UC Hastings, right here in the Civic Center neighborhood of San Francisco. He was born and raised in the South Bay and graduated from Santa Clara University in 2016 with a degree in Political Science and French. While in college, he devoted much of his time to working with and uplifting immigrant communities. He was a tutor at Sacred Heart Nativity’s afterschool homework program, he traveled to Costa Rica for a summer to serve as a kindergarten English teacher in a Nicaraguan refugee community, and he was an English teacher and citizenship exam tutor at Pars Equality Center. He was humbled to be awarded the “Volunteer of the Year” award by the Pars Equality Center and was honored for his work by the Santa Clara Refugee and Immigrant Forum. He also interned during his senior year with Congressman Mike Honda and worked with immigrants to resolve their issues with United States Citizenship and Immigrant Services (USCIS) and the State Department. Commissioner Khojasteh looks forward to playing his part and doing what he can to protect the immigrants of San Francisco at a very uncertain time in our city’s and country’s history. Having had parents who fled Iran due to the Revolution of 1979 to pursue an education here in the United States, he hopes to devote his life to protect the American dream for all people. Let’s get to work. 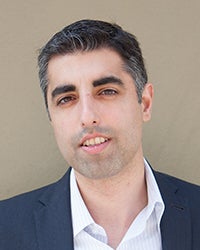 A native of Berkeley, California and a current San Francisco resident, Commissioner Rahimi is a community organizer and advocate who volunteers his time on the boards of non-profit organizations including the Iranian American Bar Association and Pars Equality Center's Generation Plus. Most recently, he has worked alongside many community organizations against Donald Trump's Muslim ban. He has joined the Commission to unite behind all immigrant and minority communities to form a coalition of resistance in these uncertain times. Commissioner Rahimi earned his B.A. in Political Science and German from UC Berkeley, his Master of Science in Global Politics from the LSE, and his J.D. from UC Davis. 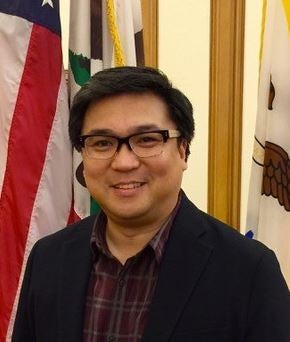 Franklin M. Ricarte is founder and principal of myIIC, a collective of designers, technologists and social justice advocates who believe that digital and online technologies should exhilarate and boost the social good. Growing up in San Francisco, Franklin’s civic activism began as a founding member of the country’s first youth-led, peer-to-peer Gay Youth Talkline to help LGBT and questioning young people around issues of coming out, homelessness and substance abuse, mental health and peer counseling, and HIV/AIDS prevention. Franklin continues his civic engagement as an advocate for immigrant children and their families, affordable housing, mass transit, and LGBTQ youth. Prior to returning to his hometown, Franklin served as a senior level policy director for The Juilliard School, Columbia University, and The New School, managing student and faculty housing and construction and overseeing community relations and public affairs. A sociology and public policy graduate of New York University, Franklin continues to focus his organizational leadership and policy-making credentials to help social good nonprofits with advocacy and social media campaigns, leadership and succession strategies, fundraising, branding and communications, and conference and events management. Franklin runs a graphic and web design company and is a founder of the online magazine, Positively Filipino. 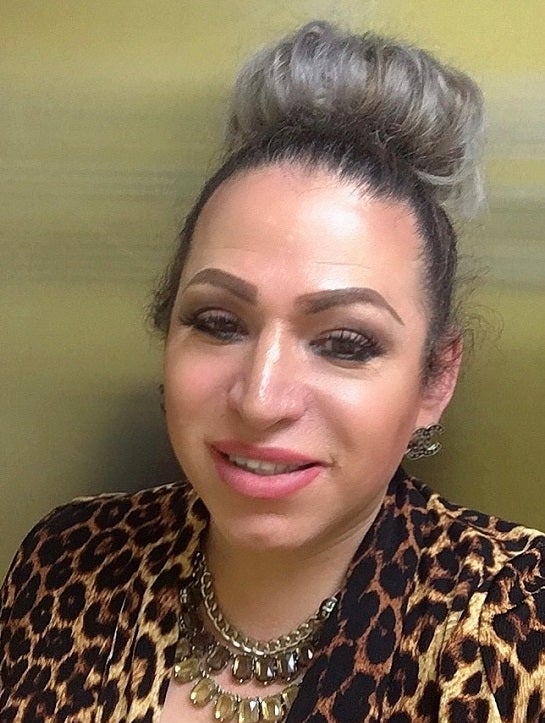 Jessy Ruiz Jessy Ruiz is the middle child of seven siblings. She is originally from Michoacan, Mexico and immigrated to the United States in 1996 to flee the violence in her country and particularly her state due to drug cartels. When she arrived in North Carolina, she thought that everything would be different. Unfortunately, she found North Carolina to be one of the most transphobic regions of the United States and experienced the same discrimination. Jessy is a transgender woman who has faced discrimination due to her sexual orientation and gender identity throughout her life, but this has not stopped her from wanting to achieve her dreams. That is why in 2016 she decided to embark on a new journey and move to San Francisco with the hope of being able to live as the woman she always dreamed to be. After many sacrifices and obstacles, she achieved one of her biggest dreams, changing her name as a first step to a new life. That same year, she arrived at the doors of the organization El / La Translatinas, which supported her in whatever ways they could. In 2018, Jessy was crowned Miss El / La 2018. She has provided support to the trans community by volunteering for the organization. She also has participated in the organization’s self-improvement workshops and other opportunities in order to grow as a person and continue her education, because she did not go to school in her home country. Thanks to the support of the El / La program, Jessy Ruiz is now a member of the San Francisco Immigrant Rights Commission. 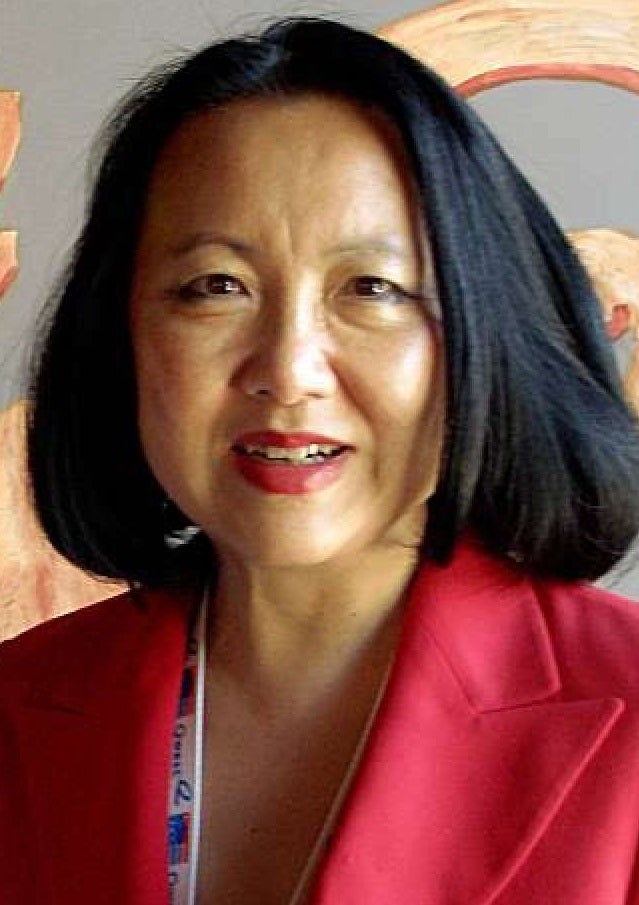 Alicia has worked with immigrant communities and been an advocate for immigrant causes for over 40 years. Alicia grew up in Hong Kong and later Hawaii. She studied English Literature at the University of Hawaii and went on to study Chinese poetry at Stanford University. Alicia later earned a Masters in Public Administration from the Kennedy School of Government at Harvard University. As an ESL teacher at San Francisco City College, she has educated thousands of students. She has chaired the Chinese American Voter Education Committee (CAVEC) and been a leader in the Chinese American Democratic Club (CADC), where she worked for voter empowerment in the Asian community and to elect Asian Americans to elective office not only in San Francisco, but throughout the state and nation. She was the first Asian Pacific American elected to the San Francisco Democratic County Central Committee and served 2 terms as Vice Chair; the first Chinese American woman ever elected to the Democratic National Committee (DNC), in 1992; and the first Asian Pacific American woman to be elected as a Vice Chair of the California Democratic Party, in 1997