Many youth lockups charge from $2 to $13 for 15-minute phone calls; and county jails inflate commissary store prices and receive 25% to 50% of profits

"I had to choose between putting my son in sports or paying for my daughter's phone bill. I allowed my daughter to call home as much as she wanted because I knew she needed to hear my voice, so my bill was very high.” – Angelica, a parent whose daughter was recently released from a juvenile hall in Los Angeles

The research revealed that many youth lockups across California charge high prices for phone calls, making it difficult for parents to stay in touch with their incarcerated children. With our partners, we examined published information on phone provider prices at juvenile lockups, and the results were shocking. In Los Angeles, a 15-minute call from a juvenile facility can cost $3.75. In Fresno, the same call from a juvenile facility can cost $6.75, and in Napa County it can cost $13.45. These high prices fall on some of the poorest families in our state and make it very hard for them to keep in touch with their children. If parents talked to their children once a day for a month, they could spend hundreds of dollars. 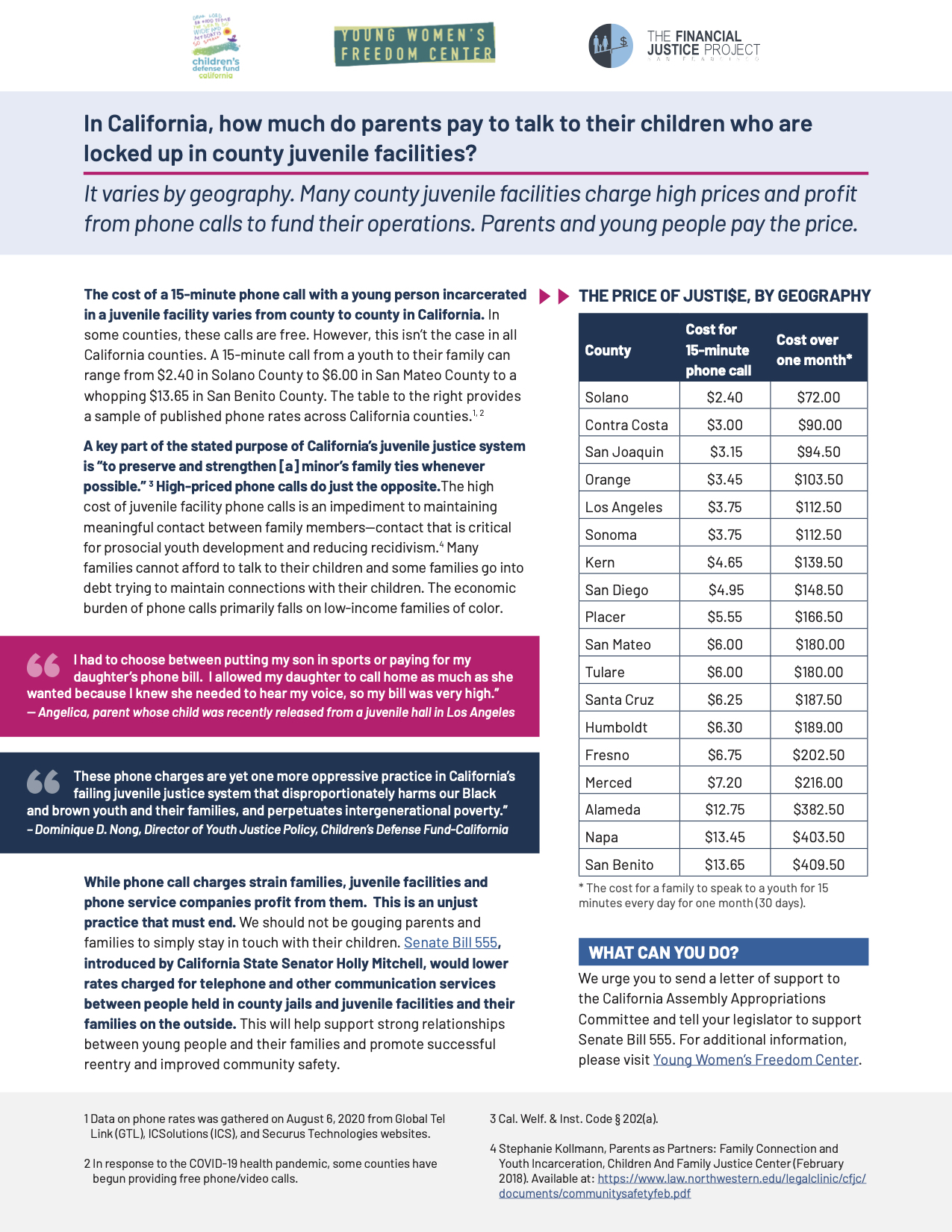 A key part of the stated purpose of California’s juvenile justice system is “to preserve and strengthen [a] minor’s family ties whenever possible.” High-priced phone calls do just the opposite. The high cost of juvenile facility phone calls is an impediment to maintaining meaningful contact between family members—contact that is critical for prosocial youth development and successful re-entry. Many families cannot afford to talk to their children and some families go into debt trying to maintain connections with their children. The economic burden of phone calls primarily falls on low-income families of color.

The research also revealed how jails across the state profit from their jail stores or commissaries, receiving anywhere from 25% to 50% of the revenue generated. Our partners conducted a public records request to obtain county contracts between sheriff’s departments and commissary vendors, as well as current commissary pricing lists. California law allows counties to use their jail stores (commissaries) as profit centers to fund jail operations. Alameda County, for example, receives 40% of the profit from commissary sales. Sacramento’s profit rate is 54%. These inflated prices make it hard for incarcerated people to buy the food items they need to stave off hunger and the hygiene items they need to keep their dignity. The high price of commissary often places an economic burden on low-income women of color, who are supporting incarcerated loved ones. 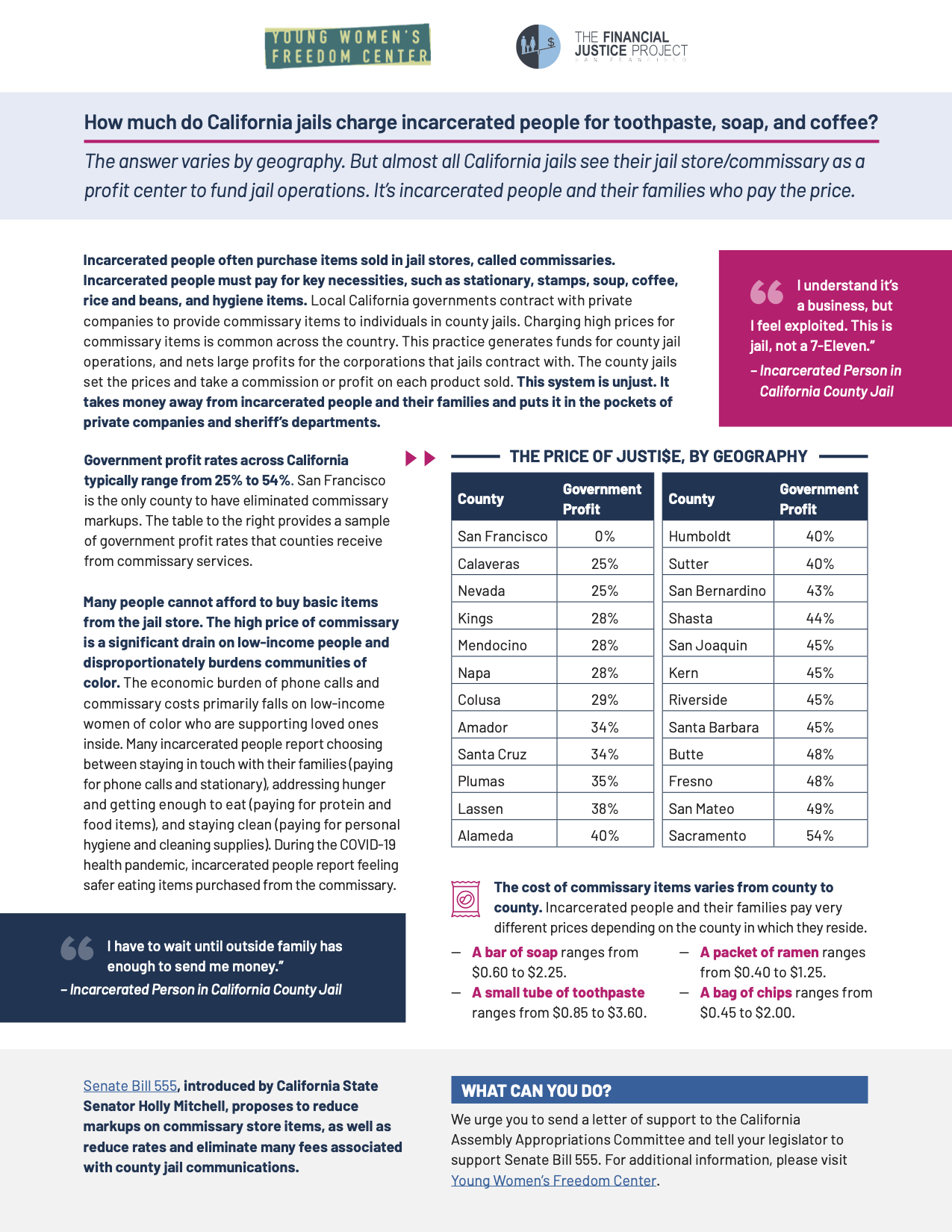 Last week San Francisco became the first county in the nation to make all jail phone calls free and stop profiting off of food and hygiene items sold in the jail store (commissary). Prior to reforms in San Francisco, if an incarcerated person made a 15-minute call in the morning and evening, it would cost $300 over the typical 70-day jail stay. Commissary store items such as toothpaste, soap, and ramen were marked up an average of 43%.

California Senate Bill 555 (Holly Mitchell, D-Los Angeles) would dramatically reduce the price of phone calls and eliminate commissary markups. Passage of the bill would lift a formidable financial burden off of incarcerated people and their families, boost connection to support networks, and ease people's re-entry. The Assembly Appropriations Committee will decide if the bill is moving forward on Thursday, August 20.