Be The Jury: Preliminary Results from First Six Months of Pilot Program 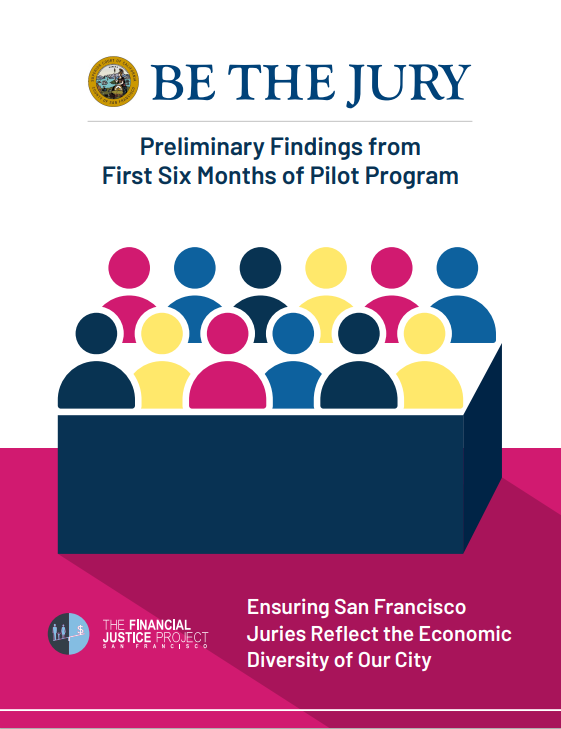 In March 2022, the San Francisco Treasurer’s Financial Justice Project, in partnership with the San Francisco Superior Court, Public Defender’s Office, District Attorney’s Office, and Bar Association, launched “Be The Jury.” This first-of-its-kind pilot program in San Francisco increases the daily juror stipend from $15 per day to $100 per day for low- to moderate-income San Franciscans who are summoned to serve on juries but cannot serve because they would face a financial hardship.

We launched the Be The Jury Pilot Program to help ensure that San Francisco juries are made up of a balanced cross section of San Francisco residents, enabling jurors to better administer justice that reflects the values of diverse San Francisco communities.

This report highlights promising results from the program:

Through this pilot program, we want to learn if people who would have claimed a financial hardship would now be able to serve because of this program. We also want to learn if increased compensation for people with low incomes impacts the diversity of juries in a meaningful way.

We hope that this effort in San Francisco informs how other localities might think about increasing juror compensation as a way to increase juror diversity and ensure that everyone has the opportunity to have a jury of their peers.