Do the Math: Money Bail Doesn't Add Up for San Francisco 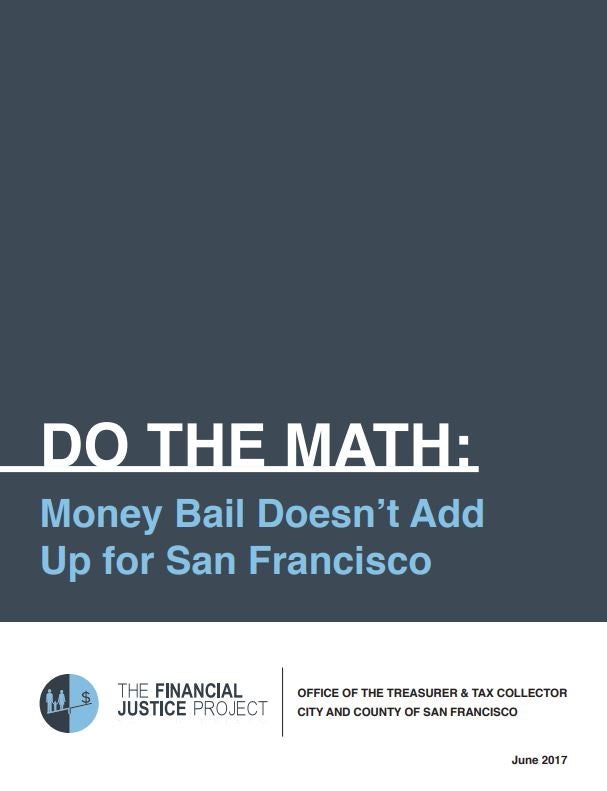 In June of 2017, the Financial Justice Project released a report on San Francisco’s system of money bail. The report illustrates how this privatized system, operating at the heart of the criminal justice system, strips $10-15 million a year in nonrefundable bail fees from low-income neighborhoods and communities of color. The report outlines the key problems with the money bail system in San Francisco, and outlines potential solutions for reform. The report was covered by KQED's California Report, the San Francisco Chronicle, the San Francisco Examiner, and ABC7 news.