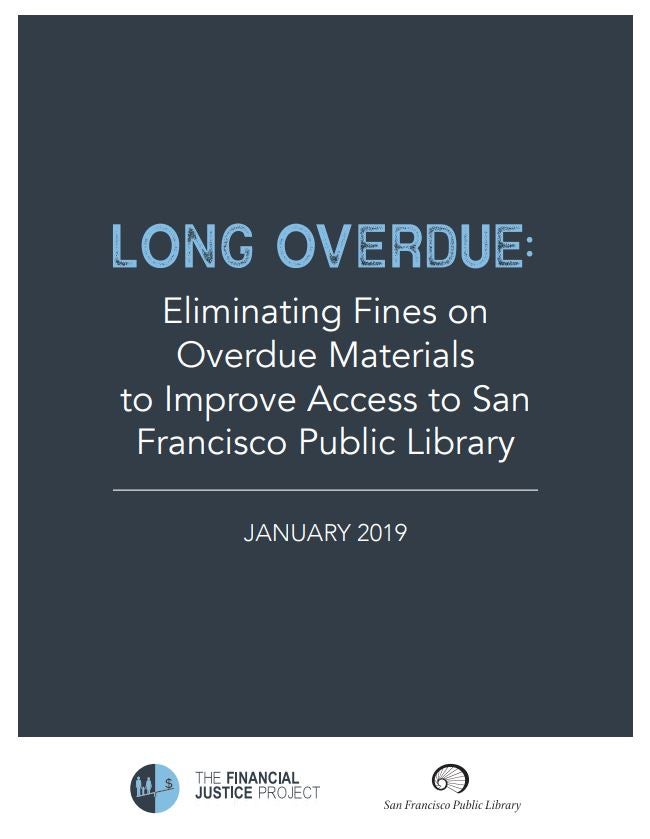 The Financial Justice Project partnered with the San Francisco Public Library to publish a report on the impact of the library’s overdue fines. The report outlines how fines disproportionately impact low-income residents, African-American communities, and San Franciscans without college degrees. The report finds that patrons across the City, regardless of income, miss return deadlines at similar rates. However, patrons in low-income areas face much more difficulty in paying the fines and fees associated with overdue items. As a result, overdue fines can widen existing inequalities. Roughly 11 percent of the Bayview’s adult cardholders are blocked from accessing library materials, which is more than three times as many as in high-income locations. Across the City, branches that serve lower-income populations have a greater share of blocked patrons. As libraries across the country are going increasingly going fine-free, research shows that overdue fines are not an effective tool to encourage returns, and the fiscal impact of the move would be minimal. The report also recommends several administrative changes to help increase the return rate, including sending out more reminders, and shortening the timeframe before a book needs to be replaced or paid for.